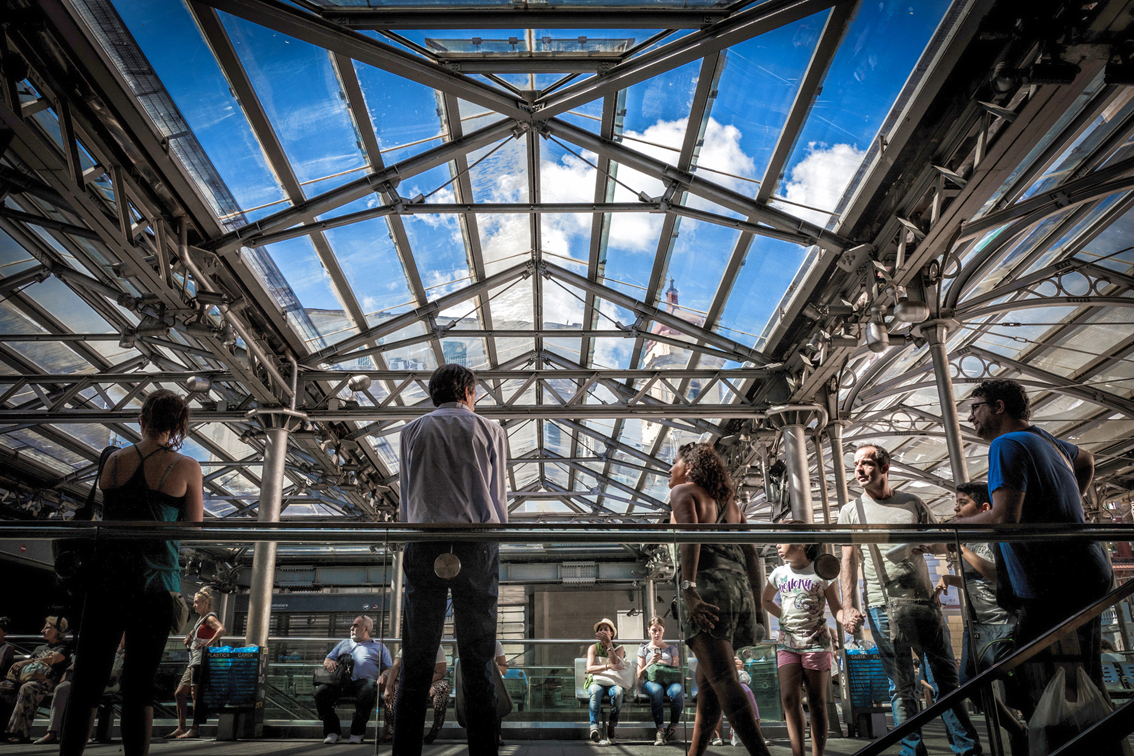 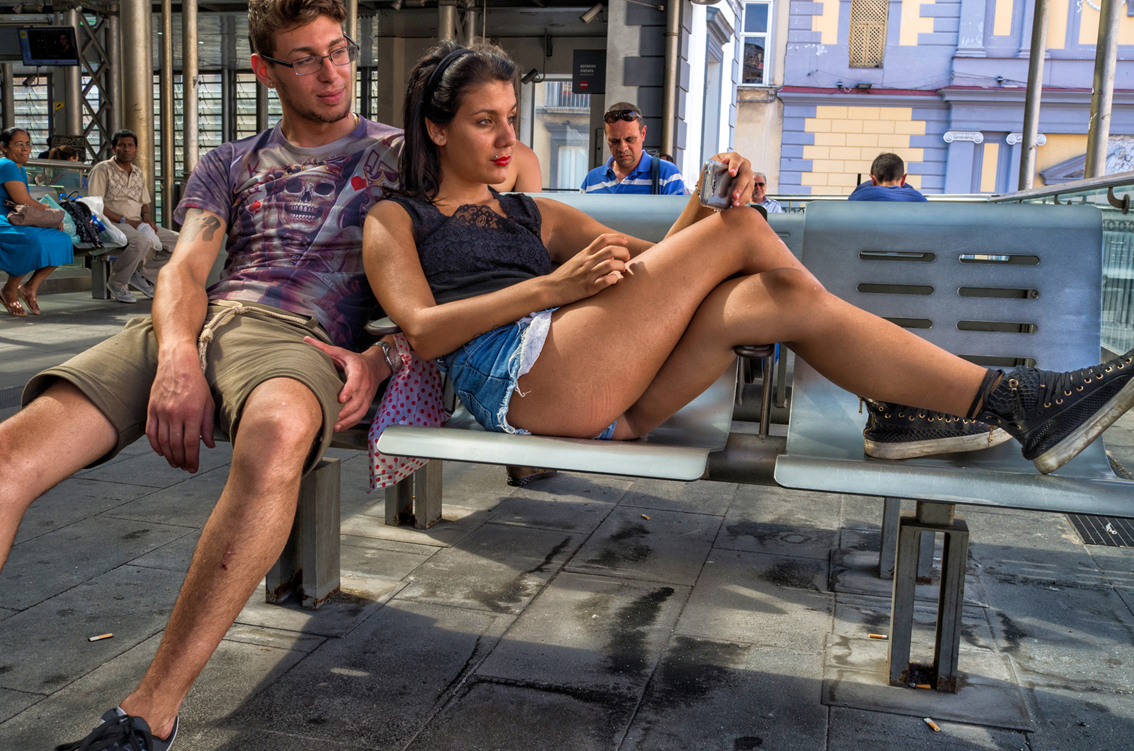 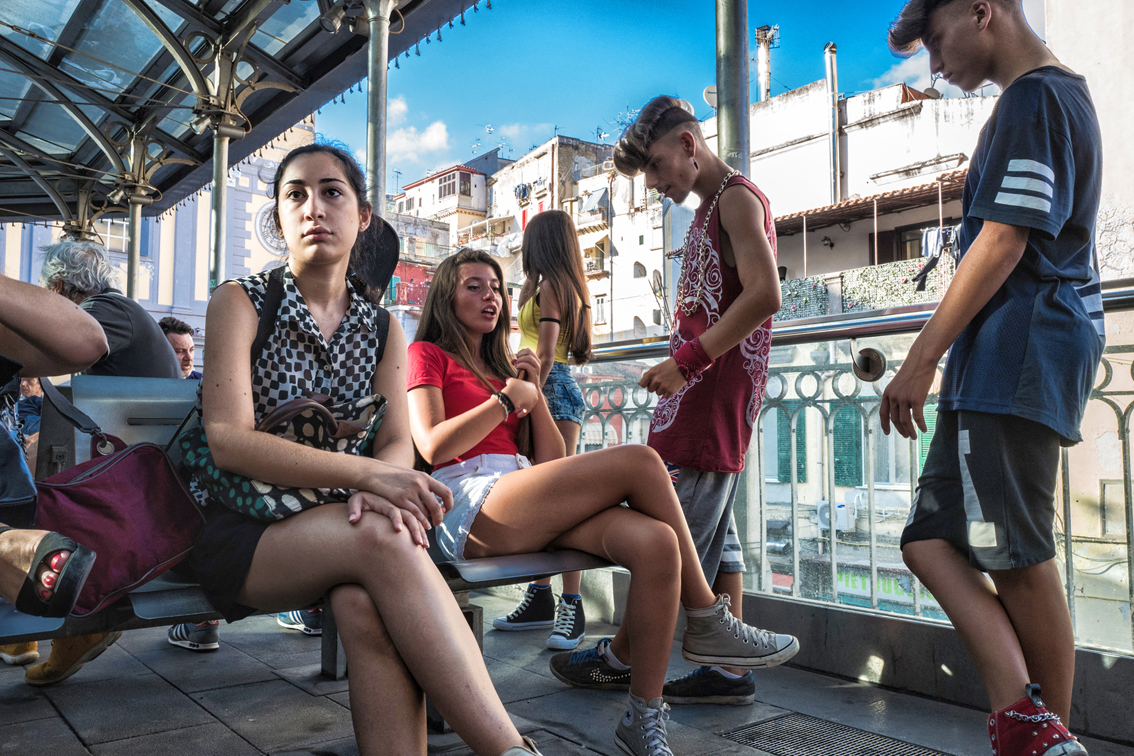 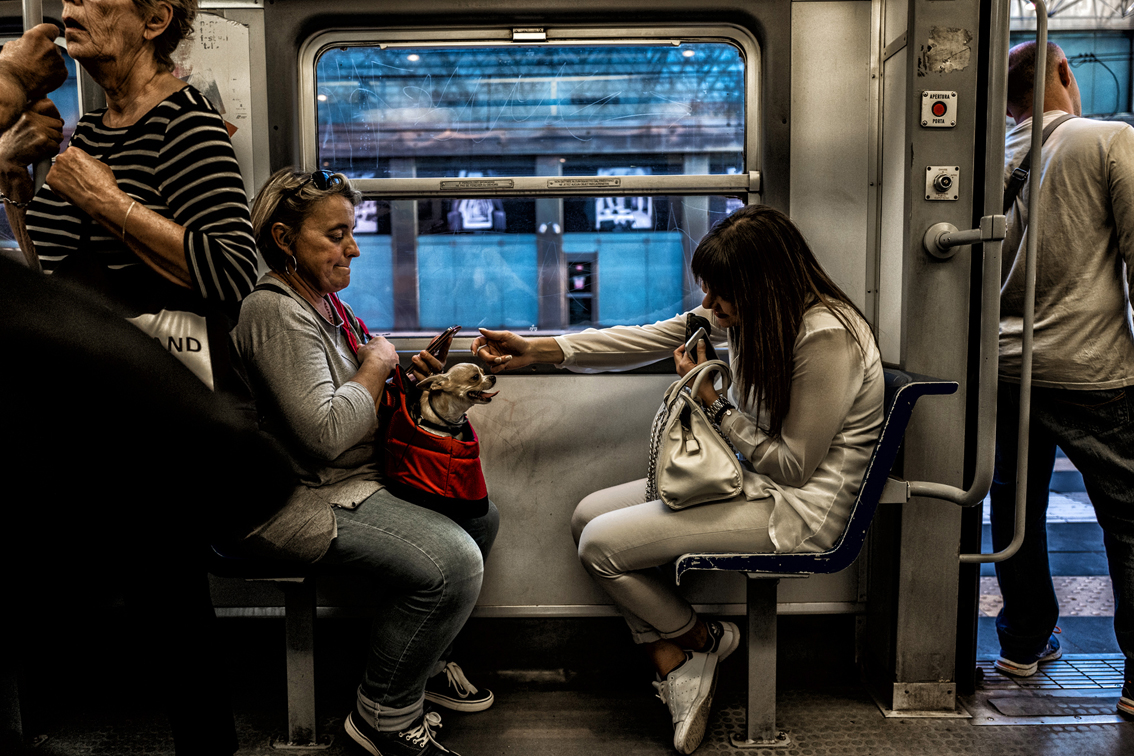 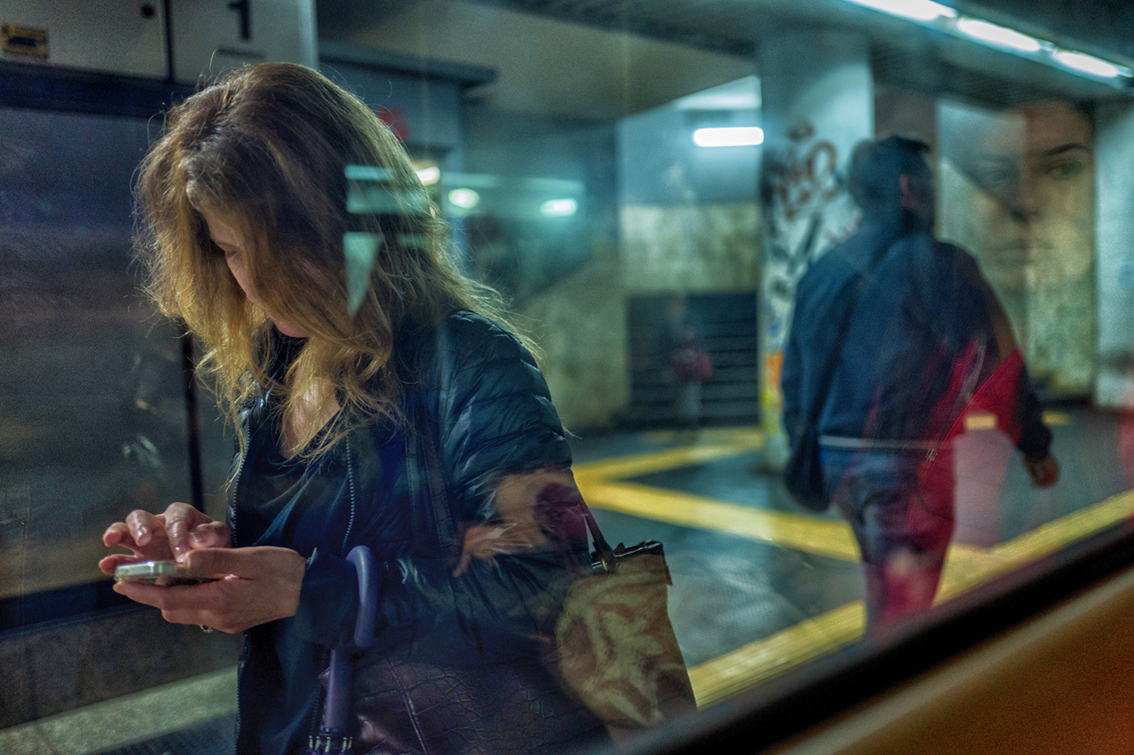 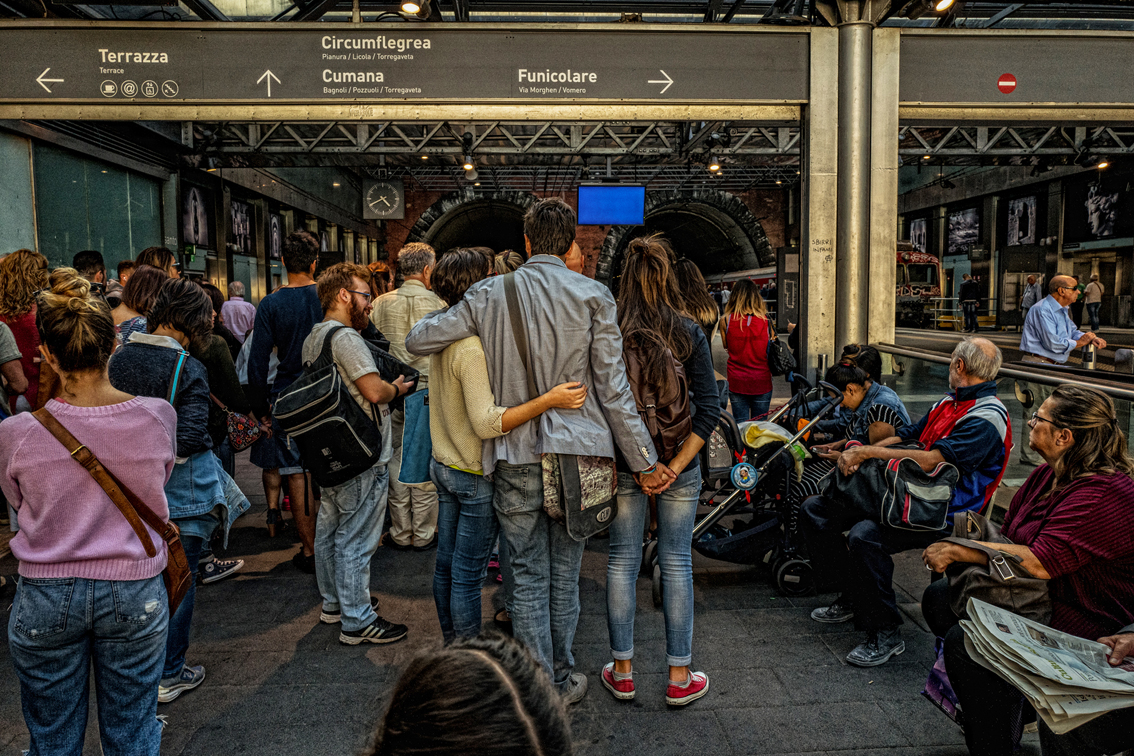 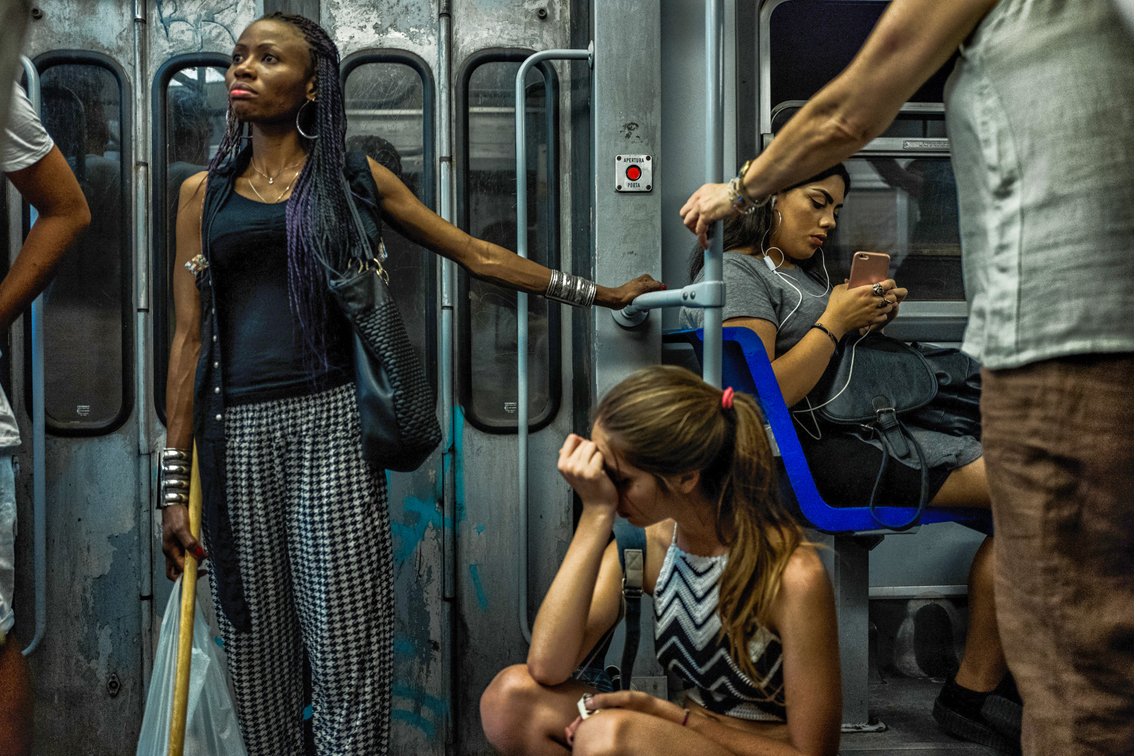 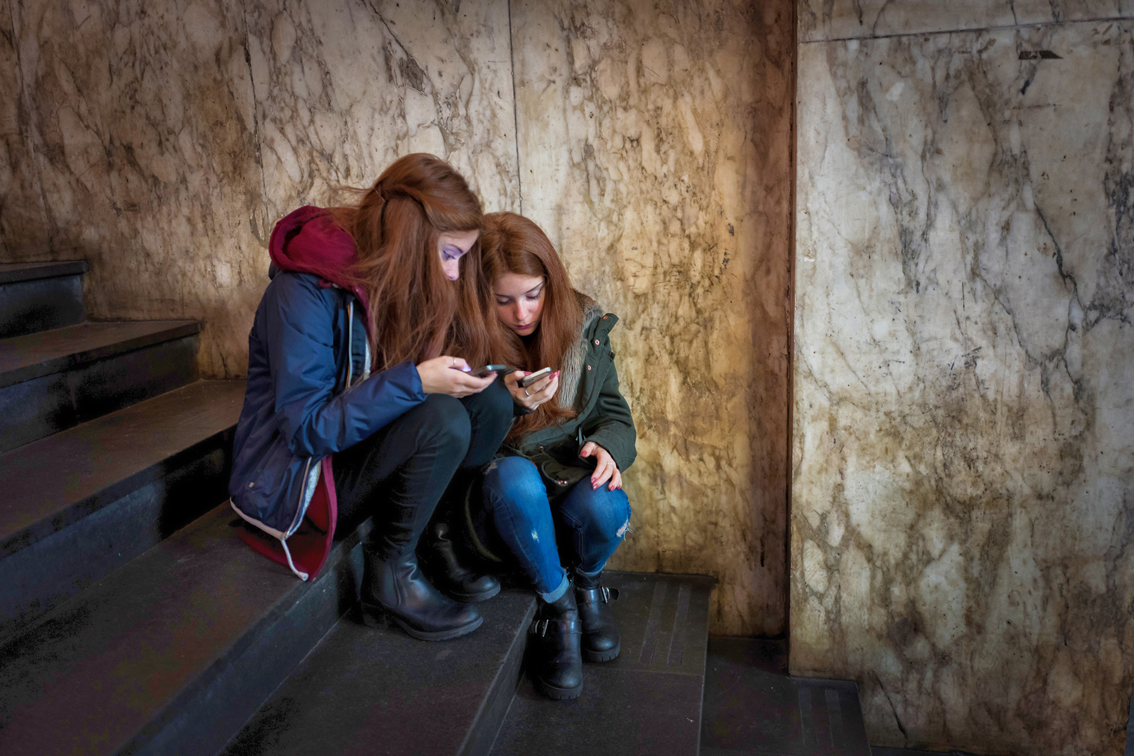 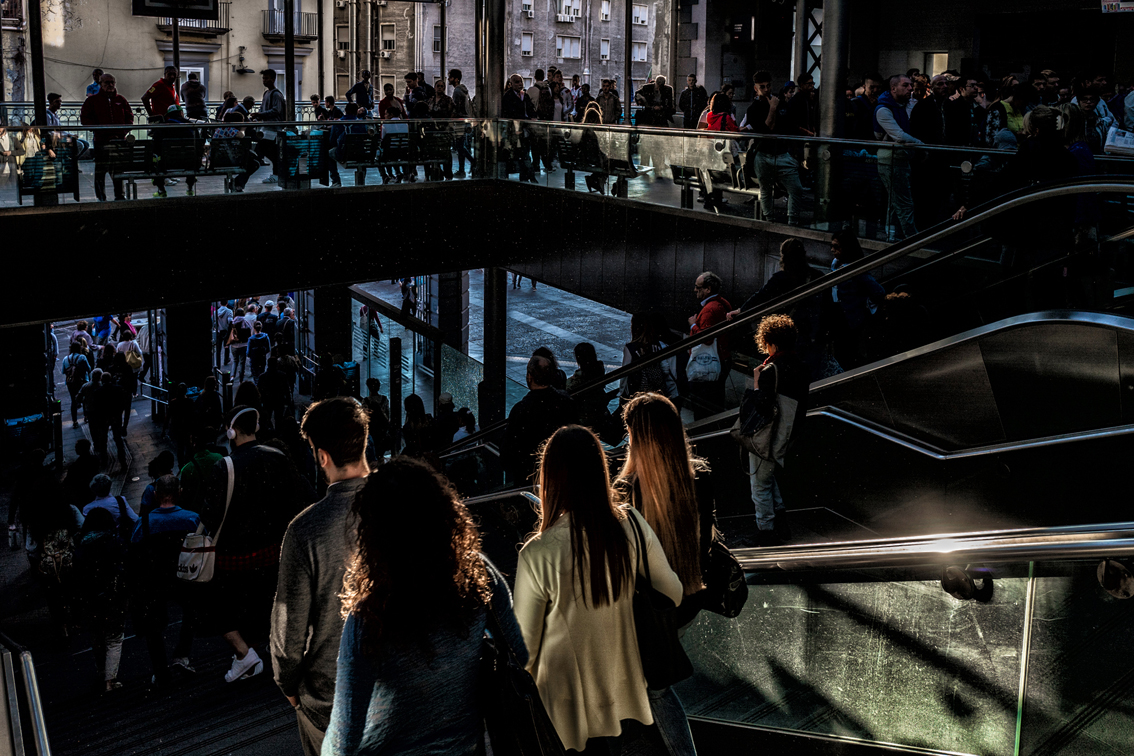 Federico Righi was born in Casoria, a large village / dormitory near Naples, he attended his "country" feeling too narrow, until, at the age of 12, he discovered the bus that took him to Naples. Fascinated by his aunt's travel images, he fell in love with photography from childhood. His first photograph is taken with a Kodak Instamatic at the age of 6. At thirteen he developed and printed his photos. Very young, he attended the Institute for Philosophical Studies, forging his soul and his thinking and laying the foundations for a sensitivity. His interests are in the artistic and cultural environments of Naples, which he frequently visits. The commitments to scholastics, distance him, temporarily, from photography, but after graduating in civil engineering, the passion for photography is rekindled, he begins to deepen his knowledge and also attends courses in photography but one in particular, held by Augusto De Luca, allowed him to bring out the compositional elements, which had them, dormant, of photography. He began to see with his photographic eye precisely thanks to the teaching of De Luca, who considers his teacher. Later, after completing his degree in Architecture, he mastered form and function better and developed a concrete compositional eye. He always strives to the maximum, expressing his artistic ability, through photography. In recent years, however, his research and desire to photograph has intensified, to which he has associated travel reportages from faraway places and with the study of the shots of great photographers. With the photos he also created several works and installations. Today the photograph he prefers is street photography, and he is the one on which he is very concentrated lately; although it carries out wide-ranging photographic projects. 2011 ¥ Exhibition at the Magma Museum in Roccamonfina; ¥ Exhibition Museo Nacional de escultura of Spain 2012 - Winner of the first prize in the photo competition for the America's Cup in Naples; - Finalist photo contest "frames" of the Naples Festival; ¥ Publication and quotations in the Spanish magazine Mambo Magazine ¥ He became a permanent member of the scientific committee of the Mambo Magazine ¥ Exhibition on the theme of violence against women in the cloister of San Salvatore in Horta Atella (CE), with a central work; - Created the character Summa Violentia, against violence against women. 2013 - Finalist photo contest "frames" of the Naples Festival - Exhibition in the cloister of the Faculty of Engineering of Aversa "100 red shoes against violence", with the main work, Summa Violentia. 2014 - Exhibition at Kouros Aversa ¥ Photo exhibition "Adda Passa a 'nuttata" ¥ L'Oeil de la Fotographie - the 2014 Holyday photos ¥ Exihibition in Morcone (BN) 2015 - Selected for the 2015 HCB Award 2016 ¥ Group exhibition 20x20 Modena 2017 ¥ Work acquired at the permanent collection of (MACS) Museum of Contemporary Art Santa Maria di S. M. Capua Vetere - Selected for the HCB Award 2017 Award ¥ Opera Summa Violentia present at the Belvedere Biennale of San Leucio ¥ Winner of the FIAF Award Author of the Campania Region for 2017 ¥ operates Mithra Sol Invictus - Taurus - at the MACS Museum - 21/12 2018 ¥ Opera "in pizza we trust" present at Spazio Vitale in Aversa ¥ MAVI - a photographic work that became part of the permanent collection of the visual anthropological museum of Lacedonia 2019 ¥ Personal exhibition in the photo exhibition Art in Garage of the photos I flegrei: a state of mind. ¥ Pentalogy Collective Exhibition in Frederick's museums - University of Naples Federico II, May of monuments. ¥ Collective NaplesTen Exhibition - Municipality of Naples

Any cookies that may not be particularly necessary for the website to function and is used specifically to collect user personal data via analytics, ads, other embedded contents are termed as non-necessary cookies. It is mandatory to procure user consent prior to running these cookies on your website.